Michel Sabot arrived frowning, jaws clenched, chin stiffened, at the wheel of his BMW. He performed a useless, yet elegant manoeuvre in the deserted parking lot of Valenciennes Technical University, the IUT. He parked perfectly on the site « reserved for the director », squeezed his hand brake with determination, grabbed his briefcase and jumped out of the machine.

He unlocked the main gate of the establishment, made sure to leave it open behind him, and crossed the first courtyard. He seemed to hear the usual hubbub of the university students in the background. But, today, the court was deserted.

He reached the dark staircase of Building C at the back of the courtyard and climbed it  one floor. His office was waiting impatiently behind the second door on the right. The lock, initially ticklish, squeaked politely, danced two turns and then released the door which began to swing joyously. The teachers’ return was taking place earlier than usual this year.

He had been called in urgently to attend a crisis meeting scheduled for 2 pm.

On the telephone, the education official summed up the situation. Only thirteen students had expressed the wish to register at the Valenciennes IUT this year. Five in Bank Insurance; two in Cyber defence; six in Sustainable Development and Industrial Management of Energy. The other professional licences; law, economics, management, science and technology; had all miserably failed to enrol even one student.

It is true that all French universities have been confronted with a sharp decline in enrolments this year. At issue was the decline in births, which began after 2000. Because of dark prospects, between terrorist attacks, global warming and galloping poverty, couples had decided it just wasn’t the right time to have children. Meanwhile, many unemployed « young adults » had been forced to return to live with their parents and push away any amorous or procreative project.

Certainly, demographics. But nowhere else were the figures so alarming. Had there been a computer bug? Or a failure of the enrolment procedure? All possible hypotheses had to be examined. The meeting was to bring together the regional administration heavy weights, some national heads from the ministry, and a youth representative from high school that was somehow convinced to leave his sofa.

The telephone call from the education official had taken Michel Sabot by surprise, even at the height of his career. For 15 years, with a firm but just hand, he had managed the establishment attended by a thousand students. He had taken the reins of the IUT of Valenciennes in the autumn of 2002. Slowly, patiently, with determination, he had foiled all predictions. He had fought against the stubborn prejudices of which the IUT was the victim of at the time. When information technology had become less fashionable, he had been the first in France to offer a professional license in sustainable development – and its success had exceeded his expectations.

At 56, Michel was a talented and proud director. He liked to describe his management style as an « iron fist in a velvet glove ». It was his line of conduct, his signature style.

But this year, in less than a month, the new academic year would begin. With only thirteen students.

The car park gradually filled with metallic cars. Finally, in Room 101, the meeting began. After the ritual exchanges of weather worldliness, the secretariat for professional institutions took the floor. Eloquent, he solemnly declared what everyone already knew. For twenty minutes, everyone took turns in deploring the situation: the broken social elevator, the influence of social networks … And little doubt remained: only thirteen students had registered, and no bug or technical error in the enrolment system had been detected. Michel Sabot was gradually sinking, heavily, into his armchair. It was just not possible, it was a nightmare!

At the end of the table sat Kevin. The year-12 class representative of Valenciennes Beckett High School awaited interrogation. Michel Sabot held out an attentive ear. Would he finally understand what was happening?

­— Kevin, maybe you can enlighten us. Your presence here is appreciated. You yourself are a good student, where did you apply this year?

— I applied to the incubator G, which has just opened in Paris, replied Kevin, proudly. In October with Maxence and Sofiane we will launch our app.

— Pardon, what do you mean exactly? I did not understand the name of the institution?

— It’s not exactly an establishment, sir, Kevin continued. It’s an incubator. To kick-start our start-up we pay only 150 € / month and we will have access to all the resources, contacts and trainings that can be useful to us.

The secretary was slightly distraught but continued more precisely.

« Let’s go back to the more classical courses. When you were discussing enrolment choices with your comrades? do you remember which orientation was popular?

— I can’t really say, disappointed Kevin. I can only talk about my friends. Two of them have been accepted at the EYE, the incubator of EDHEC business school. They’re happy because they don’t need to pay the first year, and the survival rate of start-ups at one year is very encouraging.

« And then there’s Celia. She’s really landed the best placement out of all the students. She was taken at Travel Work Abroad. She will leave with twenty-six other young entrepreneurs for a world tour where she can mount her project. Otherwise Paul, Michael, Christophe, Margot and Céline have already started, they now work for Uget, it seems to be moving forward. The only one who is struggling is Matthew. He was forced to choose medicine, he is so depressed.

When the diplomatic crisis broke out with Turkey, nobody had imagined that Erdogan would carry out his threats. He had found an overlooked pressure point in Europe. By depriving millions of citizens of socks made in Turkey, he had Europe by the toes. As Maghreb, China and other Asian countries did not want to interfere in a potentially explosive conflict, European citizens had been asked to manage without new socks until the conflict was resolved. They had held two long winters, using their socks to the end, exploring the most surprising back corners of drawers and cupboards. Mothers had organized themselves into collectives and purses with socks were born.

But the winter of 2019, which was particularly treacherous, had pushed people and their sock mending efforts to the brink of despair. That was when Uget was born. Created by a Danish engineer, who had the distinguishing feature of owning a pair of warm socks knitted by his grandmother. He had noticed the interest of his comrades and began to trade the comfortable merchandise of his grandmother. He developed a global platform that brought together dedicated knitters and refrigerated customers. The price would vary according to the season, but for less than 10 euros, everyone could now hope to own a pair of hand-knitted customized socks. The demand was enormous; Uget was experiencing a striking development. At the same time, the knitting MOOCs had flourished on the net, and the appetites for business had grown. Many young people, cooled by the prospect of unemployment and the arrival of robots at their job posts, saw in it a useful manual work, which made sense, with both political and social impacts; They got trained in knitting and started freelancing through Uget.

In Valenciennes, where the youth unemployment rate floated around 35% since the global financial crisis, Uget had opened a recruiting office that was never empty.

Michel Sabot, back in his office, stared at the door with a defeated look. He had imagined many scenarios, but he had never anticipated that the sale of Uget socks would ruin Valenciennes Technical University and along with it his life’s work. What was to become of him now? Should he establish a knitting MOOC?

The idea of freelancing idea resonated with him. He had seen the advertisements of the two charming women who boasted of working from anywhere. Their laptop on their knees, they worked on their projects from sunny shores. He also liked to imagine running the IUT one day from the family house in Lorient.

A muffled clang suddenly drew him from his reverie. Someone knocked at his door.

It was Frédéric, the deputy director:

— I’m going back home, Michel. What are you doing?

— Are you going back on vacation?

— Well, yeah. Don’t beat yourself up and enjoy the last rays of sun!

— Okay. See you next week then.

The Deputy Director waved him goodbye and turned on his heels. The sun, still fierce in the sky, caught his satchel on the way out, and blinded the director for a moment. As the door closed, Michel Sabot saw two needles nonchalantly poking through the hypocrite’s satchel.

And here is what really happened: 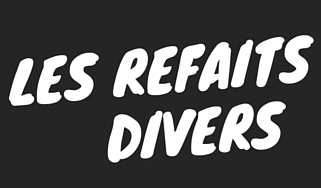